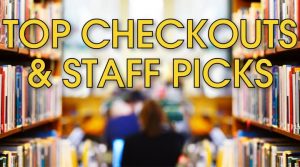 Popular and Notable Books of 2018

As the days get colder and snowier, you may be looking to settle down in a cozy spot with a hot drink and some good books.  Winter is a great time to catch up on your reading, so here are some great reads from 2018 that you might want to check out.

The New York Times has recently released its Notable Books of 2018 list, which provides a wide variety of excellent options.  Take a look at the MPHPL-owned fiction and nonfiction titles that appear on this list.  By clicking on a book's title, you can find reviews, ratings, summaries and similar titles in our catalg.  The complete list of Notable Books can be found on the New York Times website.

A few staff favorites from the Notable Books list are:

A few more popluar staff picks published in 2018 are:

You might also want to peruse NPR's list of the best books of 2018 for some good reading ideas, both fiction and nonfiction.

If you are interested in what other library users have read this year, below are the authors with the highest checkouts at MPHPL in 2018.  These authors have had multiple books at the top of our list of checkouts, and their titles are listed next to the authors’ names.  By clicking on each author’s name, you will find a list of their books in our collection starting with the most recent.

Some additional popular 2018 fiction titles at MPHPL this year are:

If you prefer nonfiction, some of our top nonfiction titles this year are:

Skip back to main navigation